Although not officially documented, it is said that the Hondon Valley would have been already populated in ancient Greek times. But records show that in 1246 Christian troops fought with the Arabs & Moroccans in the area.

Copyright ©2016 Hondon Villas.  Based on information by WikiPedia

Hondon was under the jurisdiction of Aspe until 1839 when it became independent and formed a single municipality together with its neighbouring village Hondón of the Friars, which in turn had been segregated from Redován. Nieves still shares many local festivals and amenities with Aspe today.

In 1926 Hondón de las Nieves and Hondón of the Friars (Frailes) separated to form independent municipalities. It reached its peak population in 1900: 3,690 inhabitants, although at that time still included the population of Hondón of the Friars. Today, the Hondon Valley, over the last 20 years, has grown to include mainly northern Europeans looking for an alternative lifestyle from their own native countries. A new urban development of about 400 villas has been built between the two Hondón villages known locally as La Montañosa Villas.

The 2008 figures show a population for Nieves of 2,730 inhabitants, known as hondoneras / hondoneros. The municipality also includes two smaller villages: El Rebalso and La Canalosa, the latter being higher in the mountains and former between the two main villages, close to La Montanosa Urb. In reality the population swells in the summer as foreign property owners and their friends or relatives come for long holidays. It’s a busy time in the villages from May to October.

The traditional economy for Hondon is agricultural based, mainly almonds, vegetables, olives and table grapes (produced under the designation of origin Table grapes pocketed Vinalopó). In the last decade or so the local economy is complemented and probably surpassed by the real estate business (Hondon Villas AIPP registered) An increasing number of foreigners (British, Dutch, Belgium, French) is  now installed in the municipality. As such, there are many sand and gravel quarries, cement and related industries in the Hondon Valley.

Hondon is located in a small valley protected by the Sierra de Crevillente, populated by pine, almond, olive trees and vineyards. It offers 300+ days of sunshine per year, a pleasant climate all year, an al-fresco lifestyle, clean air and a tranquil life. The Hondoneros make the most of the outdoors for both religious, domestic and for recreational needs. There are many public holidays and fiestas to tempt the locals and visitors. Many are based on religious history or holidays, such as Easter. They are always well attended. 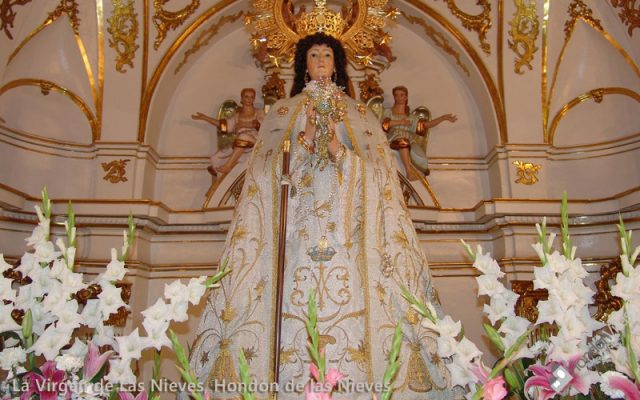 Being surrounded by mountains attracts many walking groups, cyclists and game shooting. Hobby groups are in plentiful supply. You will also observe numerous animal welfare groups, horse and pony trekking and Hondon has a myriad of plant species: pine, juniper, thyme, rosemary for those with a botanical interest. The local fauna includes wild boars, foxes, partridges, hares, rabbits, lizards, owls real, etc. The mountains do attract hawks and eagles too.

The stand-out building in the area is relatively new (and a useful place to visit), that is Bodegas Cerda, a family run wine merchant and museum to Hondon’s vineyard history. The Cerda family have a long history of growing grapes and making wine. It still does and the modern Bodega could grace any city or town. You must pay this building a visit and try its many wines. 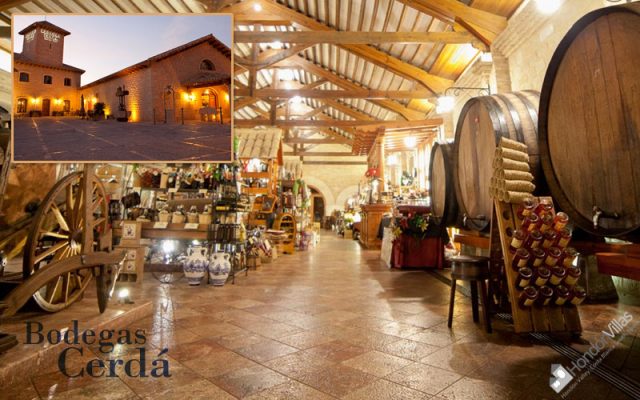 The central Plaza, as is typical of Spanish towns & villages, is the central point for most social and official ceremonies or fiestas. The local square is often converted or re-decorated for an event throughout the year. The highlights are usually in the summer (July/August) fiestas when the children are on the main break. It seems like the village comes out then. These are a “must-see” and can both entertain and educate the visitor on the local Spanish culture.

Other places of interest: Rollo Cave, an archaeological site, is a settlement of the Upper Paleolithic.  The Parish Ntra. Sra. De las Nieves. Erected in 1746 by the Bishop of the Diocese of Orihuela D. Elias Gomez de Teran on the chapel of San Pedro, of Baroque style.

In 2007 there have been wall paintings of s. XVIII, that they are being restored.
Ermita de San Isidro. In the area of La Cruz, a small church, typical of this area.

Plaza de la Villa. With City Hall and the Culture Centre. Facade of the convent of the Franciscan Concepcionistas. Mid-twentieth century, today rehabilitated turned into the Chapel of Ntra. Sra. De las Nieves.

Apart from the exquisite table grapes included in the designation of origin grape Embolsada Mesa del Vinalopó, we can taste risotto, gazpacho, gachamiga, stew and rice with rabbit and snails. You will often see the older Hondoeros collecting snails from the campo or hear the hunter’s guns early in the morning. Sweets are also well represented with crusty rolls, French toast, the sequillos or embocaos.

Most of the popular restaurants and bars are in the village plaza. As we write to include: Destiny’s, La Font, Bar Central, Bocodito, Vamboo to name a few. The local market is very popular on Wednesday and Saturday.

AUTHOR: This article ©2016 was brought to you by Hondon Villas, the local premier and award winning Estate Agent in the Hondon Valley. Hondon Villas can help you buy or sell luxury villas on La Montanosa Urb, Frailes, Nieves and all surrounding areas. With over 30 years experience in real estate, a local office with mutli-lingual agents, we sell more villas than any other agent in the area. Our extensive network of online portals and collaborators, a call centre and central office ensures a faster route to property sales. Check out our website for testimonials and our professional property services. www.hondonvillas.net | www.hondonvillas.nl