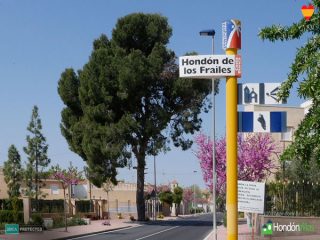 Spanish Tourism Minister Alvaro Nadal told a news conference to present tourism figures for 2016 that the number of arrivals last year was up by 9.9 percent over the 68.1 million foreign visitors who flocked to the country in 2015. It was the fourth consecutive year of record numbers of arrivals.

“There was no Brexit effect in 2016, it did not affect British tourism in our country,” said Nadal, before adding this trend should continue this year.

“Already advance reservations as well as requests for landing slots at Spanish airports are going very well which confirms that the tendency for British tourism remains the same.”

So Brits LOVE IT! We at Hondon Villas can’t predict the future but we do echo that 2016 and so far 2017 would suggest Brits (Dutch and Belgiums) are still keen to buy property in Spain. We are as busy as ever and had the confidence to open bigger premised earlier this year.  We are cautiously optimistic of Spanish Real Estate, despite prices being fairly static to showing slight growth. 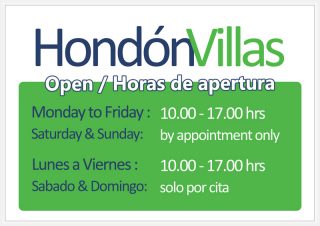 Costa Blanca Villas For Sale
A property on the Costa Blanca is a dream for many people and once you’ve visited the area, you’ll understand why. As well as an excellent climate, the Costa Blanca boasts many beautiful Blue Flag beaches, superb sports opportunities, lots of festivals and lively nightlife. No wonder so many people are choosing the Costa Blanca for their Spanish holiday home! Here in the Hondon Valley we are surrounded 360 with glorious mountain views bathed in sunshine for over 300 days a year.

On the Hondon Villas website, you can find hundreds of Hondon area properties (Southern Costa Blanca region), from secluded rural houses and villas to town houses, land and apartments. Our property lists are frequently updated and our informed staff can help you understand the local market and make an informed decision when buying any type of Hondon Valley home or property.