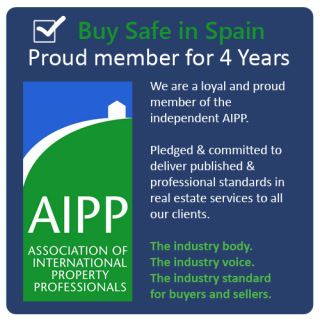 “Caring and serving you in the Hondon Valley”. Hondon Villas is owned and managed by Maureen Cook who has over 30 years experience in Real Estate (UK and Spain).

Maureen set-up her own profitable estate agency office in Leeds, UK over 30 years ago. That office is still trading today. Maureen has also successfully managed a string of profitable UK based estate agency offices including large branches for the Halifax, Manning Stainton, Your Move and Bairstow Eves – all main players in the UK property market.

Moving to Spain about 14 years ago, she joined Medsea Estate PLC as a Property sales Agent. Having completed 100’s of Inspection Trips along the Costa Blanca, she soon found herself the top female property sales agent with an average conversion rate of 70%. With the 2008 financial crash and subsequent fall in Spanish Property markets, she voluntarily left Medsea to then later start-up Hondon Villas, her local Spanish property market. She realised many Expats after the boom years now wanted to sell up to go home or relocate, but also that the post-boom cheaper property would attract a new generation of investors and buyers. There was also very few trained and experienced real estate agent services in the Hondón Valley then. 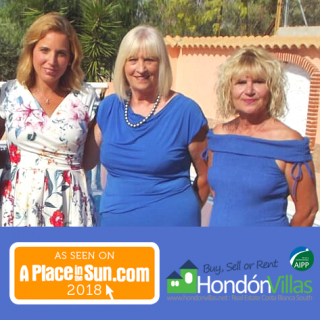 Building up a rapport and reputation didn’t take long and her first office was open 8 years ago. Going from strength to strength Hondon Villas has moved to better premises to the Frailes Plaza with more staff, more foot traffic and better prospects. Her 2nd office opened in Nieves Plaza in the summer of 2018.

The Hondon Valley property market has bucked the trend and still remains a “secret” with British, Dutch and Belguique buyers and the Spanish economy has slowly recovered from the 2008 crash. Each year Hondon Villas have never been so busy! … and we can report a record year in 2018.

As well as this wealth of experience, Maureen is a confident, professional and extremely friendly person. Her positive attitude to customer service, is second to none. And it shows, as she is constantly recommended by her clients to others.